Court In Netherlands To Start Hearing Evidence In MH17 Case 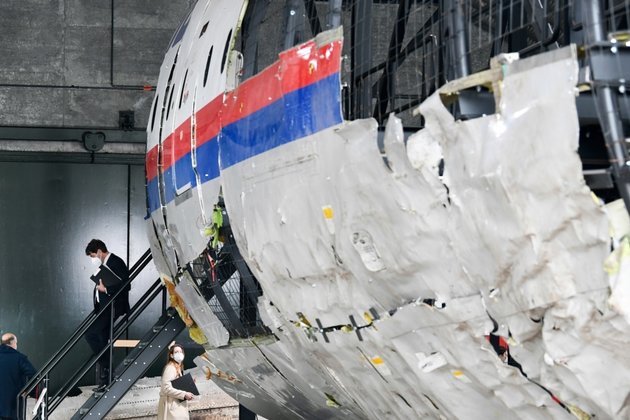 The trial in absentia of four suspects -- three Russians and one Ukrainian -- in the downing of Malaysia Airlines flight MH17 over Ukraine in 2014 has entered a decisive new phase during which judges in the Netherlands will be presented with witness testimony and evidence.

Nearly seven years after the tragedy and more than a year of mostly procedural hearings, judges announced the start of the evidence phase at the court in The Hague on June 7.

MH17 was shot down on its way from Amsterdam to Kuala Lumpur by a Russian-made Buk surface-to-air missile fired from territory controlled by Moscow-backed separatists in the east of Ukraine, killing all 298 passengers and crew.

The four suspects -- Russians Sergei Dubinsky, Oleg Pulatov, and Igor Girkin, as well as Ukrainian Leonid Kharchenko -- are being tried in absentia by a court in The Hague for involvement in the tragedy. Only one of the suspects, Pulatov, is represented by lawyers at the trial.

All four suspects are accused of being key figures among separatists battling Kyiv.

A team of international investigators concluded in May 2018 that the missile launcher used to shoot down the aircraft belonged to Russia's 53rd Anti-Aircraft Missile Brigade.

The trial formally began in March 2020 but has so far been dealing with motions, mostly covering the admissibility of evidence in the crash.

The trial is being held in the Netherlands because the plane departed from Amsterdam and 196 of the victims were Dutch.

'The court will open the MH17 criminal trial proper and, through examining and discussing the content of the prosecution file, elucidate the key questions which it has already begun to address,' the court said in a statement late last month.

The court said the hearing will begin with general topics, including the investigation by the examining magistrate. That will be followed by three more days of discussion from June 8-10.

The prosecution and defense will then have the chance to raise issues during hearings lasting until July 9. Relatives of the victims will be able to address the court in September, the statement said. No date has yet been set for closing arguments.

The Dutch government holds Moscow responsible. Moscow has denied any involvement in the conflict in parts of eastern Ukraine and has offered several possible theories about how MH17 was blown out of the sky, including that it was shot down by a Ukrainian Air Force jet or by Ukrainian ground forces using a Buk system.

The tragedy caused an international outcry and deepened tensions between Moscow and the West following Russia's seizure of Crimea and support for the militants in their fight against Kyiv's forces after pro-European protests pushed Moscow-friendly Ukrainian President Viktor Yanukovych from power.

With reporting by AFP, Reuters, and dpa