Ukraine changes its mind on culprit behind cyberattack 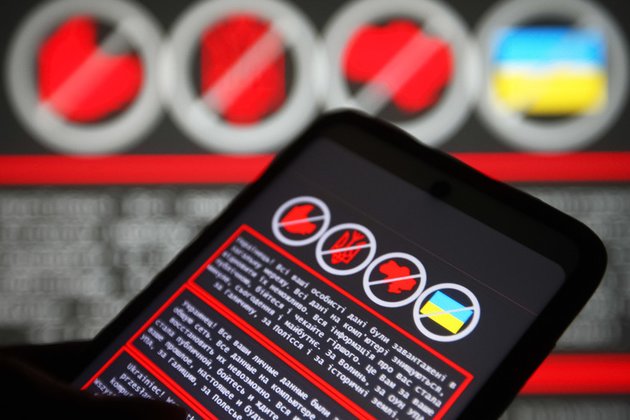 One day after blaming Belarus, Kiev has now labeled Russia the perpetrator of a huge cyberattack

A Ukrainian ministry now says ?evidence? indicates Moscow was behind Friday's attack on Kiev's governmental websites. The move comes after another official earlier pointed the finger at hackers backed by Belarusian intelligence.

The statement arrived less than a day after the deputy secretary of Ukraine's National Security and Defense Council, Sergey Demedyuk, blamed the incident on Belarus. The large-scale hack is said to have rendered the website of the Ministry of Foreign Affairs and a number of other government agencies temporarily inaccessible.

According to Demedyuk's written declaration to Reuters on Saturday, the defacing of the websites' landing pages was merely a "cover" for unspecified "destructive actions ... behind the scenes."

However, the Digital Transformation Ministry now says that "all the evidence points to the fact that Russia was behind the cyberattack," in its statement issued on Sunday. It provided no specific examples to back up the assertion and called on Ukrainians not to "panic," assuring them that their personal data was securely stored in "appropriate registers" that were inaccessible to hackers.

"Moscow continues to wage a hybrid war" against Kiev, the ministry claimed, adding that the cyberattack was "one of the manifestations" of this conflict. It accused Russia of attempting to destabilize Ukraine by undermining public confidence in its government institutions through exposing their supposed vulnerabilities and shutting down their online services.

The previous day, Demedyuk had insisted that the "cyber-espionage group" in question is understood to be "affiliated with the special services of the Republic of Belarus." He noted that the malicious software used in the attack was "very similar" to that used by groups previously blamed for cyberattacks in the US, such as those accused of hacking the Democratic National Committee's computers ahead of the 2016 presidential election.

Immediately after the attack, which took place on Friday, Ukrainian Ministry of Foreign Affairs spokesman Oleg Nikolenko suggested Moscow might be behind it.

Kremlin spokesman Dmitry Peskov told CNN in an interview scheduled for broadcast on Sunday that Russia had "nothing to do with these cyberattacks." He brushed off the allegations against Moscow as "yet another baseless accusation."