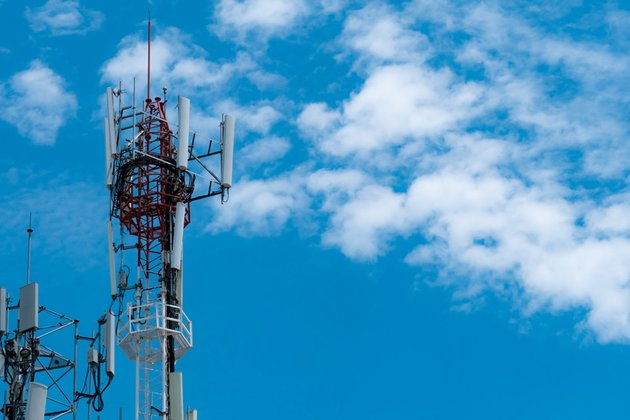 Some of the US? largest commercial and cargo airlines have sounded alarms about potentially ?devastating? effects of 5G service around airports, saying the technology could effectively grind travel and shipping to a halt.

Airlines for America - a lobbying group that represents JetBlue, American Airlines, Southwest, United, Delta, UPS and FedEx, among others - issued a letter on Monday warning that the new 5G C-Band service could have massive impact on aircraft operations around the country and create a "completely avoidable economic calamity."

"Unless our major hubs are cleared to fly, the vast majority of the traveling and shipping public will essentially be grounded," it said, adding that up to 1,100 flights and 100,000 passengers could experience delays and cancellations per day.

While the Federal Aviation Administration (FAA) has acknowledged the new cell network could interfere with key aircraft systems - namely radio altimeters, which help pilots land in low visibility - as of Sunday the agency said it had cleared less than half of the US fleet to operate alongside C-Band towers. The latest update came just days ahead of a planned rollout set for January 19, which itself followed several delays due to the ongoing safety concerns.

However, the airlines stressed that the interference goes beyond one system, as altimeters "provide critical information to other safety and navigation systems in modern airplanes," which could mean that "huge swaths of the operating fleet" are "indefinitely grounded" until the issues are resolved.

Though the airlines have long voiced opposition to a hasty 5G rollout, pressing the FAA and telecom companies for a series of delays, they said the problems are "substantially worse than... originally anticipated," as they only recently discovered that many major airports will be under flight restrictions after January 19.

In addition to the "chaos" those restrictions would cause in the US, including for air passengers, shippers, the supply chain and the delivery of needed medical supplies, the companies said the "lack of usable widebody aircraft could potentially strand tens of thousands of Americans overseas."

The firms urged the FAA to halt the construction of any new 5G towers within 2 miles of select airports until regulators "determine how that can be safely accomplished without catastrophic disruption."

Verizon and AT&T are spearheading the C-Band rollout, after winning some $80 billion in contracts to install the tech last year. While the telecoms have agreed to create temporary 'buffer zones' around 50 major airports to give aviators time to reduce interference risks, the measure has failed to appease airlines, who continue to demand for further delays.